Google Rating
5.0
Based on 27 reviews

may el
04:53 31 Aug 21
Would highly recommend the team at Karnib Saddik Law firm and in particular commemorate the efforts of Hisham who provided exemplary service from start to finish when dealing the my legal matter.

taha hamze
12:18 23 Aug 21
Amazing professional service would recommend to all put his client first communication was key for me and his honesty . Thank you again for a great a smooth experience .

Taz Abbas
07:23 03 Aug 21
Professional and friendly people.They will get the job done with a better than expected result..

Megan Single
04:20 07 Jun 21
Highly recommended team, not hard to deal with. Thank you for your assistance hisham

Maisa Ayoubi
23:49 19 Feb 19
What an Amazingggg Team and lawyer to hav represent us. Highly recommended.Mr Abdul karnib saddik is an ABSOLUTE Gentleman. With high integrity, dedication, and went above my expectations in such a short period of time in order to prepare to represent us. My upmost respect to you and the law firm.Thanku so very much Abdul saddik for the excellent prefessional work you put in. In all honesty wat a great result. 👍👍👍 great team.Marissa Itawi

Amelia Wright
21:32 16 Feb 19
Thank you Hisham & Abdul for assisting with my Family Case. The attention to detail and level of support you provided was exceptional, kind and empathetic towards situation.

Mark Sakr
21:27 16 Feb 19
My entire experience with this team was a breeze and very pleasant. They got me such a great settlement/pay-out that I didn’t even think was possible at first, and they did it while treating me as if I was one of their own. Can’t say thank you enough.

Nasra Yousef
03:33 22 Jan 19
Absolute Gentleman to deal with helped us immensely in many fields and went above and beyond than expected to.Thank you very much Karnib and Saddick Law Firm.I recommend this firm for all there needs let it be legal, civil or whatever is you may require.

Nadine Gee
06:17 17 Jan 19
I first came to Karnib Saddik law firm after feeling Confused and lost in what to do after a family law matter. The team at Karnib saddik assisted and supported me throughout the entire process making things easy and comfortable. They were professional, friendly, trustworthy and extremely reliable. I would highly recommend them as their services were impeccable.

Leasu Faamasa
00:42 29 Dec 18
I highly recommend this law firm to anyone who is after legal advice or to be represented by the lawyers of this firm. It is a pleasure to have Abdul Saddik as my lawyer. He is a very intelligent lawyer with high standards of professionalism and is very attentive to matters he handles. Well done to Abdul and the Karnib Saddik Law firm!!

Samuel
10:26 20 Dec 18
Amazing and polite gentlemen. Very well spoken and made the environment very comfortable whilst being spoken to while assisting me with my queries.Hard work is definitely appreciated from this law firm!

Nezar Naboulsi
04:57 20 Dec 18
Professional, competent & courteous. The team at Karnib Saddik Law Firm are amazing. They will go above and beyond with all client matters.

Heba Raad
09:45 18 Dec 18
Highly recommend Karnib Saddik Law Firm for all your legal needs. Professional and prompt services as well as willingness to go the extra mile for a positive outcome.

Hala Nassouh
08:34 18 Dec 18
Mr Karnib is definetly one of the best lawyers this country has! He constantly communicates with you during your case and gives the upmost attention to your needs as well as your questions. It was so important to have an attorney that was so attentive. He truly answered every one of my questions.Thank you Mr Karnib for helping my family out!

Thaer Skaf
07:22 18 Dec 18
Elite, ethical and knowledgeable solicitors who have their client's interests as their chief priority. Strongly recommend.

Abzzy Vlogs
07:22 18 Dec 18
Before I was introduced to Mr Karnib I was in a very stressful state. He immediately sat me down and assured me that everything was going to be ok.Not only did I get a good result, I received the best possible outcome.Thank you Mr Karnib!

What are the Two Types of Criminal Lawyers? 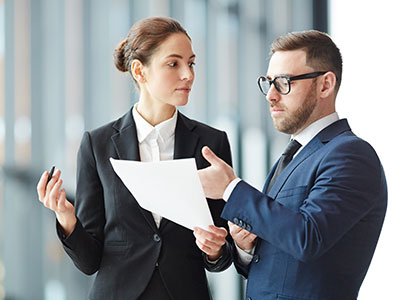 What are the Two Types of Criminal Lawyers?

Get a Free Consultation

Criminal lawyers can be broken down into two categories:

The prosecution have the role of representing the community and determining what the appropriate charges are against the accused. They must also determine whether there is sufficient evidence to proceed with a matter in court. Their goal is to facilitate the administration of justice by prosecuting cases involving criminal offences.

The main objective of a prosecution lawyer is to ensure that they can convict the defendant by presenting clear evidence and facts which prove that someone has committed an offence. The prosecution hold the burden of proving the accused’s guilty to a standard of beyond reasonable doubt.

When someone is charged with any type of offence, they will need an experienced defence lawyer on hand. Defending an individual is not an easy task, although it can certainly be rewarding. Many individuals find themselves in difficult situations and should turn to a defence lawyer for the purpose of legal representation in court. However, it is essential that the elected defence lawyer is skilled and experienced in his field of practice. This will ensure the best outcome possible for an accused person.

What are their roles?

Defence Lawyers need to approach each specific matter according to the facts of the case. This takes incredible skill, as they need to ascertain what decisions they need to make to achieve the best outcome for their client.

Defence Lawyers must consider the following:

Proving one’s guilt is not something that is taken lightly in court. If the accused pleads not-guilty, the prosecution will have to prove their guilt beyond any reasonable doubt. Meanwhile, the main objective of a defence lawyer is to present a strong case on behalf of their client pertaining to their innocence. The defence can also put the prosecution to proof and not present a case at all- the burden is on the prosecution to prove all elements of an offence against an accused person.

If the accused has been charged with an offence, and is proven to be guilty, the defence still has the role of presenting an argument with the attempt to mitigate the offence committed. This is achieved through a range of different methods, particularly through the preparation of subjective material which outlines the accused’s background history. Ultimately, the priority of a defence lawyer in this scenario will be to determine what will be the best possible approach to take, in order to reach an outcome which is most suitable for their client.

Why is a defence lawyer important?

A criminal charge can affect every aspect relating to someone’s life. An experienced lawyer will ensure an easier process within the legal system when dealing with the charges faced before the court.

This is particularly relevant in relation to charges against innocent individuals. It is fundamental that your defence lawyer understands your rights, and is able to utilise his knowledge to rebut the charges and achieve a fair and just outcome.

Karnib Saddik Law Firm
5.0
Based on 27 reviews
See all reviewsWrite a review
Amelia Wright
Thank you Hisham & Abdul for assisting with my Family Case. The attention to detail and level of support you provided was exceptional, kind and empathetic towards situation.
Megan Single
Highly recommended team, not hard to deal with. Thank you for your assistance hisham
Maisa Ayoubi
What an Amazingggg Team and lawyer to hav represent us. Highly recommended.Mr Abdul karnib saddik is an ABSOLUTE Gentleman. With high integrity, dedication, and went above my expectations in such a short period of time in order to prepare to represent us. My upmost respect to you and the law firm.Thanku so very much Abdul saddik for the excellent prefessional work you put in. In all honesty wat a great result. 👍👍👍 great team.Marissa Itawi
Shawelle Au
Great professional service, fast and very reliable! Thank you for helping us kickstart our new cosmetic company!
Nezar Naboulsi
Professional, competent & courteous. The team at Karnib Saddik Law Firm are amazing. They will go above and beyond with all client matters.